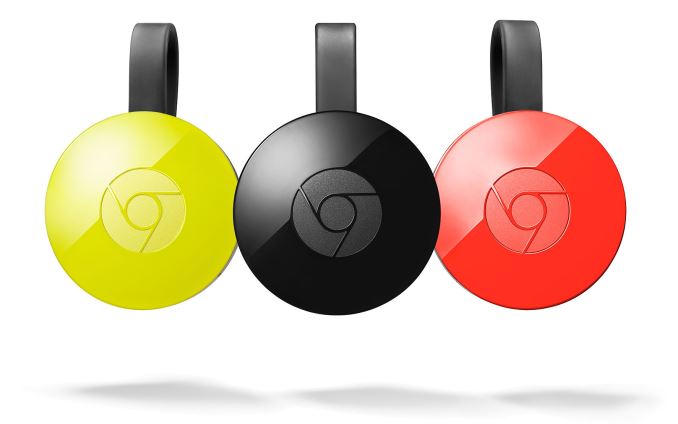 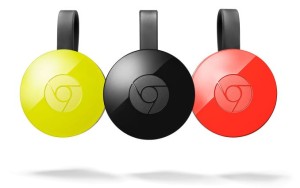 Together with Chromecast version 1, I’ll summarise the use cases that I mostly use, or find valuable whatsoever:

1. Stream youtube videos directly on TV. This is pretty convenient. especially if you have kids or you’re like my wife who has all sorts of playlists with various music clips. They also advertise the option of having multiple clients collaborate and create a unified playlist, although I haven’t really tried it – as I’m like past the age of youtube parties.

2. Stream video content from my Synology NAS device. This works beautifully, as both devices (chromecast and Synology DS415play) have great support for each other. I mainly use the DS Video app, which works on both iOS and Android, and lets you easily browse and play video files stored on the DiskStation to either your mobile device, or to your TV through Chromecast. It even has support for subtitles, and it can even look up for some online if it can find something matching your video file.

3. Play my music collection from my Synology DiskStation. Again, this works wonderfully, as I finally just have all my music in one place (the DiskStation) organised how I wanted and accessible at any time. I do this by using the DS Audio app, also available for iOS and Android, that also easily let’s you browse sort and play your music to either the device itself, Chromecast, or even a bluetooth speaker that you may have laying around. But when you’re into true audition mode, Chromecast really kicks in, as it delivers unaltered quality through HDMI to your TV, which then decodes it as necessary and either plays on the built-in speakers (not exactly audition) or through an optical out, that you can hook to your AV receiver, and off to some quality speakers. I know optical is not on par with HDMI, especially when you’re talking about 7.1 uncompressed, but with a 2 channel system like I have it should be just fine. BTW, with this setup, I wouldn’t even bother thinking about the new Chromecast audio only device.

4. Mirror your mobile device screen to your TV. Yes you can do that. Albeit they say it’s still in beta mode, it has worked on both my Samsung Note as well as my iPhone 6s plus. I’ve yet to try it on my iPad, but I suspect it’s also gonna probably work fine. This doesn’t however provide much value, except for browsing pictures, or quickly checking (and casting on the big screen) a web page. This doesn’t really add much value to me, so I rarely use it, but should ever need it, you should know that it works and gets you through the chore. There is a certain lag though, so if you plan on playing a game or something on your mobile phone, while looking at the bigger screen, it might not actually be the best setup.

5. Displaying photo galleries. This unfortunately didn’t offer me quite the experience I was hoping for. If you have photos on your device it’s actually quite hard to get them to display on the screen, as you’d likely need a special app to do so. And the ones that I’ve found and tried (free though) worked pretty lousy. Laggy, with super bad browsing capabilities (i.e.: you’d have to add the pictures one by one) and very slow – in case you want to quickly jump from one photo to another. As a matter of fact, I’m still looking for a nice way to browse my photos (and showcase them) on the TV – even though I now have all my photos synchronised and stored on the DiskStation.

A couple of negatives, on the Chromecast itself, both applicable on version 1 and 2 of the hardware editions are:

All in all, after trying several screen cast solutions, like the Samsung Dongle, or the old apple TV, I’m pretty happy with the Chromecast. It really works cross platform, and gets the job done. And for the money you pay for this device, it’s really a good deal. Actually I’m so happy about it that i’ve fitted all my TV’s with one, and bought a couple as gifts for friends and family. And seemingly they’re all as happy as I am.